Unfair housing and low income? Must talk about our distribution

In traditional economics and Western economic systems, there are two concepts: First, the first-level income distribution is determined by your salary. Second, in order to make up for the malformation of the distribution, it is necessary to carry out a second distribution through progressive income tax, charging the rich a little more tax, compared with the lower and middle-lower people charging a little less tax. After that, make adjustments and get some social welfare. This is called income redistribution.

In which countries are income redistributions sustainable and good? Very few. The United States now has the lowest tax rate for the wealthiest people. On the contrary, the middle class pays the main tax. This is not progressive, but regressive. What is the reason for this? In the United States, wealthy people always influence the law. They can afford to hire consultants, and they can distribute their assets globally without paying any taxes. They dare not ask them to take out the tax account.

Therefore, relying on progressive tax income redistribution to solve the problem of social division is an infeasible path. France, a mainland country, has done relatively well in the past many years. In recent years, it has also faced the problem of national financial bankruptcy. Too low efficiency leads to high costs. If it continues, it will cause some long-term hidden dangers that are difficult to solve in society. Many people do not want to work and can only rely on financial compensation. Therefore, we should explore new ways to solve this problem under the conditions of the market economy.

I think the first thing to do is to understand (face up to the current situation of increasing income polarization). Our country used to talk about “some people get rich first” for many years, but we didn’t pay enough attention to policy research in this area. In recent years, more and more attention should have been paid, and the voice of society has become stronger and stronger. It reflects that it is time to solve this problem.

why? This technological revolution is completely different from the second industrial revolution, and it is more likely to cause extremely serious income polarization. The new polarization has been happening for more than 30 years, and it will deepen. For example, after the emergence of a super factory, it basically does not require people, but is fully mechanized, automated, informatized, and intelligent. How many people do you need to see Tesla’s factory in Shanghai? This is still preliminary. In the future, even accountants, lawyers, financial analysts and other special personal jobs that employ a large number of people may be replaced by intelligent robots. Of course, not all of them are replaced. Individual experts in the design and supervision system may still be needed, but basic operators can basically be replaced. Now there are experiments with unmanned shops, and restaurants have robots delivering meals. You can see that within 20 to 30 years, the number of jobs really needed will drop significantly. 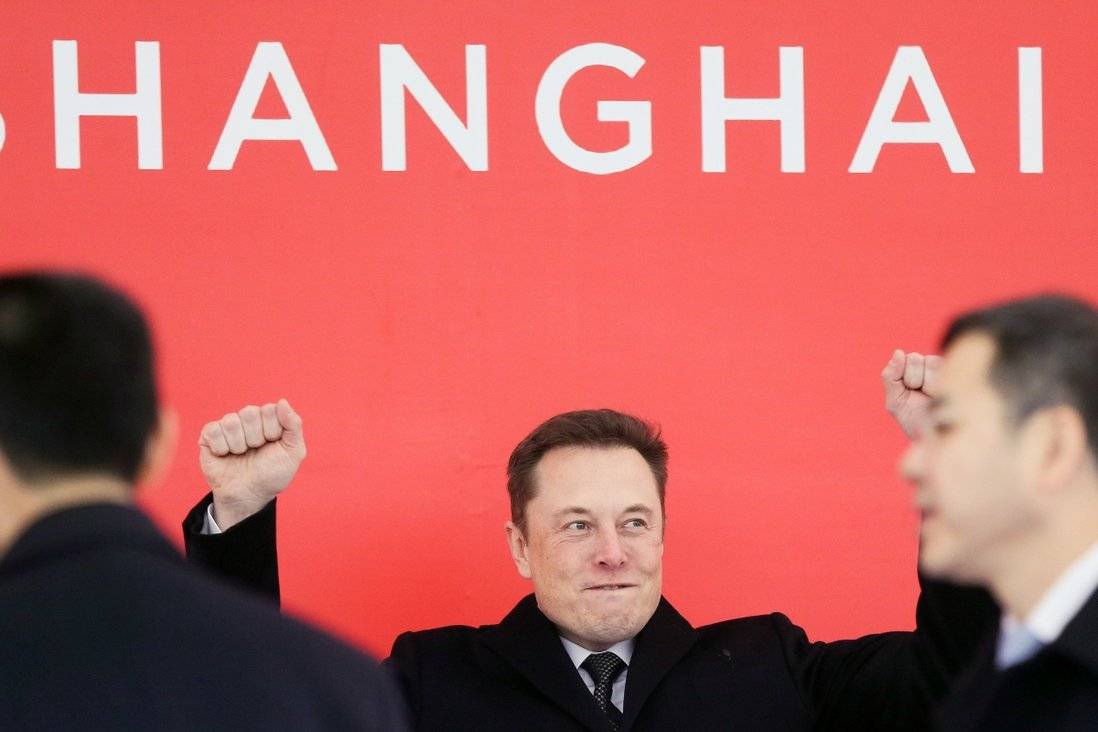 On January 7, 2019, Tesla CEO Elon Musk delivered a speech at the groundbreaking ceremony of the Shanghai Super Factory. Picture from Xinhuanet

People who start their own businesses always like to spread optimism to everyone, saying: “Which time do you see a technological change is not that some people are unemployed, but in the end, the total employment is expanded?” Is this right? Quite right, it was like this in the past. But this in the past does not mean that it will always be like this, because after the production system is reformed, even the service system has become intelligent, and only human expressive activities are left. As long as it is covered by the word “economy”, as long as it is a system for production, sales, distribution, and money making, it can be intelligent, so it fundamentally subverts the original logic.

Under this circumstance, providers of talents and capital with top-notch technology can become rich in a shorter period of time than capitalists of any era. In the past, old-brand industrial capitalists took one or two generations, and it took at least ten years or decades to become so-called social giants. Now, young people can earn billions, tens of billions, and hundreds of billions in a few years. ,why? It is caused by the development of productivity and the characteristics of technological progress. In fact, this extreme deformity will lead to the polarization of social income distribution on a larger scale than any previous society.

Another factor is finance. What enterprises create are products, and what the public buys are products. What does finance sell? It is an asset, it is a stock. Does people without assets have anything to do with this? Frenchman Piketty has calculated that r (return on assets) is greater than g (economic growth rate) for many years. In the past 30 to 40 years, since the Reagan era, the social polarization in the United States has become more and more serious. The middle class has been declining, and the number of very rich and very poor people has also increased. I call it “the second polarization of income distribution, the formation of an M-shaped society.” Fundamentally speaking, this is caused by two factors, the change of coefficients and the expansion of virtual finance, which are almost sweeping the world today.

Therefore, the polarization of income distribution will not only continue to exist, but if there is no effective hedging policy, it can only become more and more serious.

What are the effective measures to solve the polarization of income distribution?

I do investment and also run a physical enterprise. My feeling is that relying on each family to invest their own savings to obtain property income, the result will be contrary to this goal. This is tantamount to taking the little money that ordinary people have managed to save to “tribute” to other capital market traders. It is unrealistic to get property income by taking care of their own property.

The characteristic of the financial market is that behind the changes in asset prices are actually the result of the game of several major interest groups. Small and medium retail investors are always losers, and the winner is the core capital group. So relying on this system to solve the property income of the people is not an illusion. It is basically a disservice, and it is a “suppressor” for the core group in the financial market.

article links：Unfair housing and low income? Must talk about our distribution

One thought on “Unfair housing and low income? Must talk about our distribution”