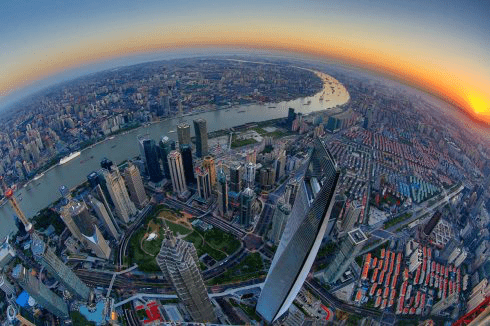 Since last year, Shanghai’s housing prices have been on a rising trend. Prior to this, the market had fallen for nearly three years, and a large amount of accumulated demand was waiting to be released.

“The Shanghai property market is on fire again.” This is the intuitive feeling of many Shanghainese.

Recently, a letter of advice from a Ph.D. to the leaders of the Shanghai Municipal Party Committee has sparked heated discussions. Four times failed to participate in lottery, unable to buy a house, the doctor was annoyed and suggested to the Letters and Calls Office to revise the rules of lottery recognition in Shanghai so that he can get priority lottery rights.

The doctor also suggested: “Strictly investigate side-by-side behaviors such as divorce buying houses, operating loans to buy houses, and holding houses on behalf of others.”

The current response given by the relevant departments in Shanghai is: “For the suggestions put forward, we are actively studying the further improvement of relevant policies and regulations such as the rules of recognition.”Spark Global Limited

Behind the inability to win the number is the booming property market and prefecture market in Shanghai. In the new house market, hot spots are “difficult to find a house”; in the second-hand house market, owners’ price jumps, counter-prices, and reluctance to sell have once again become common phenomena.

According to the data obtained by the reporter, in December 2020, the number of second-hand residential units sold in Shanghai was approximately 39,000, an increase of 20.3% month-on-month and 96.2% year-on-year. According to local market participants, the normal trading volume should be around 20,000 sets.

“In fact, this is a structural imbalance of supply and demand. Not all areas are in short supply. In downtown Shanghai or areas with the concept of development zones and financial districts, houses are even more difficult to find.” said Lu Wenxi, an analyst at Shanghai Zhongyuan Real Estate Market.

Lu Wenxi believes that the main purchasing power of the Shanghai property market is a demand for improvement. They mostly sell one, buy one and replace, such as replacing the suburban area to the urban area and replacing the old and broken houses with new or sub-new houses with elevators. “The main reason is still reasonable. Demand release.”

Who is driving the hot property market

At the beginning of 2020, due to the impact of the epidemic, the Shanghai new house market was cut off for two months. It was not until the end of March that the Greenland Haibo Bund project entered the market. However, starting from the second quarter, the Shanghai property market began to pick up and quickly became hot.

From the data point of view. According to statistics from the E-House Real Estate Research Institute, in 2020, the transaction area of ​​newly-built commercial residential buildings in Shanghai is about 9.178 million square meters, an increase of 23.1% year-on-year, and the transaction area hit a 4-year high; about 302,000 sets of second-hand residential properties, an increase of 27% year-on-year, a nearly 4 New year high. From the perspective of price, the average transaction price of new houses for the year was 56,234 yuan per square meter, up 3.2% year-on-year.

The recognition rate is a very intuitive indicator to measure the popularity of the new housing market. In 2020, Shanghai’s 186 new listings will have a total of 48,542 sets of sources, and 80,371 sets of valid credits were finally harvested. The annual average crediting rate reached 165.57%, a three-year high. In 2019, Shanghai’s average subscription rate was only 58.81%.