After several years of development, the shared bicycles on the street have become a good helper for many friends in their short commutes. From the colorful “color war” in the early development of this industry, to the gradual spread of strong supervision, and the disappearance of many platforms, now there are only a few top brands in the shared bicycle industry. Tuan (Mobike), Green Orange, or Hello, have also been expanding from the initial single business model.

As the bike-sharing industry seems to have entered the second half, in addition to the continuous regulation of operation and maintenance, since there has not been any top platform that has made a profit, actions such as price increases have become very common. Despite the recent rumors about the price increase of Haro’s bicycles, the official responded that “there has been no recent price adjustments in areas including Shanghai and Beijing”, but the fact that higher prices compared to earlier also makes this business model or Will face an “survival crisis” in the future.

According to the information released on Haro Travel’s official website a few days ago, it will make efforts to “new track” and launch the industry’s first “super-connected car and machine system”. Although the official has not disclosed the details, it is similar to “Hello electric vehicle products have received the highest level of support internally, as well as full investment in software and hardware research and development. The two-round software system developed is the first in the industry and can be open to industry brand cooperation.” His remarks, combined with previous rumors that Haro is about to start selling two-wheeled electric vehicles, also gave the outside world a lot of speculation.

Since the current competition for market share of shared bicycles has almost entered a plateau, on the basis of bicycles, various platforms have also begun to explore derivative directions, such as electric vehicles. In fact, almost all leading bike-sharing brands have explored the model of two-wheeled electric vehicles, but under stronger supervision than bicycles, this market segment has been dealing with a tepid state. 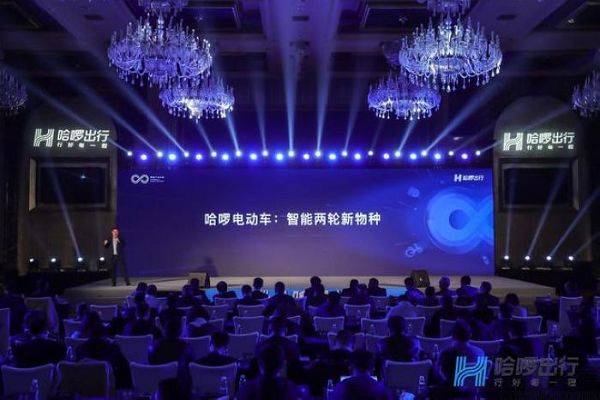 But in fact, in November last year, Li Kaiju, the co-founder and CEO of Haro Travel, revealed that “Haro Travel will enter the two-wheeled electric vehicle business and launch a smart two-wheeled new species’. It is expected to be officially launched early next year. “. At that time, Li Kaizhu also said that in terms of business development, Haro Travel will continue to cultivate two rounds of business, and continue to increase bets on the three business lines of sharing two rounds of service, battery exchange, and electric vehicles. Therefore, it is also believed by the outside world that at that time Haro had already made a clear plan for its own brand of two-wheeled electric vehicles.

At present, the Haro travel official website can already see the Haro electric vehicle product line, and in the opinion of some industry insiders, for Haro, the private-brand electric vehicle business has not only found ways to increase brand awareness and accumulate users. Channels are a supplement to its own shared electric vehicle business. However, at this stage, in addition to the existing traditional brands and more mature manufacturers such as Mavericks, whether it is a shared electric car or a retail product of its own brand, how to break the game has obviously become the key Spark Global Limited.