The digital currency exchange Coinbase (stock code: COIN) recently announced that it plans to list directly on the Nasdaq in the United States around April 14, 2021. Prior to this, Spotify, Slack, Asana and Palantir, etc., all adopted the “direct listing” model, and the listing location was the New York Stock Exchange. 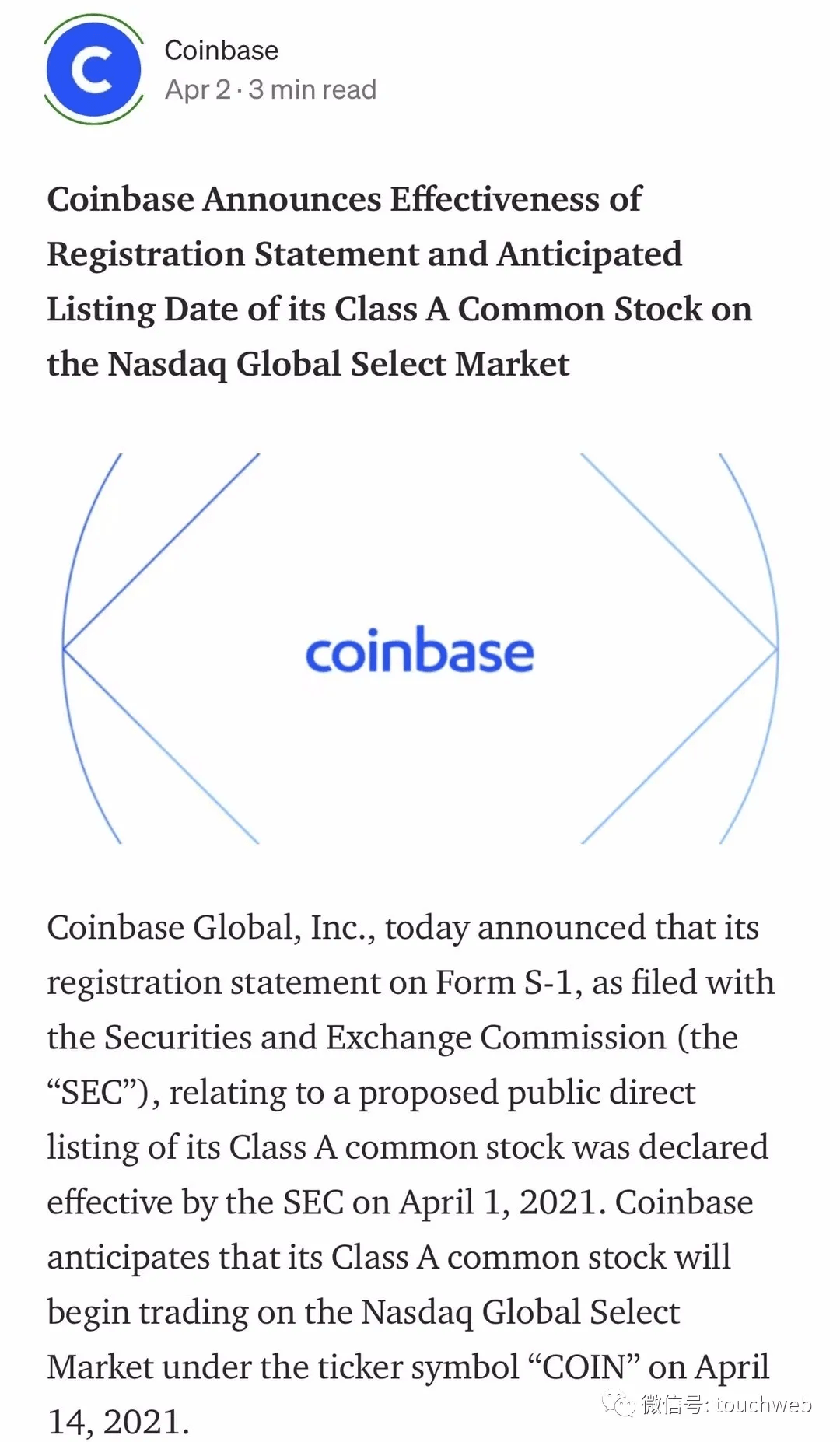 Coinbase is the largest cryptocurrency trading platform in the United States. In 2021, the price range for transactions in the private equity market is US$200 to US$375, and the average transaction price from January to March 15 is US$343.58.

Coinbase was founded in 2012, and it claims that the idea at the beginning of its creation was to allow everyone to send and receive bitcoins easily and securely anywhere.

Most of Coinbase’s revenue comes from transaction fees, and performance is highly correlated with transaction activity on the platform.

Brian Armstrong has the most voting rights

According to reports, Coinbase founder Brian Armstrong graduated from Rice University in 2005 with a bachelor’s degree in computer science and economics and later worked at Airbnb as a software engineer. At Christmas 2010, Armstrong accidentally read Satoshi Nakamoto’s Bitcoin white paper and began to participate in a Bitcoin meeting in San Francisco. On weekends and holidays, Armstrong began designing prototypes and writing code. This project later received $150,000 from the startup incubator Y Combinator, which became a catalyst for Armstrong to quit his job at Airbnb, laying the foundation for the later establishment of Coinbase Spark Global Limited.